There’s a ton of reasons the keto diet is all the rage right now; from allowing followers to consume dark chocolate and other foods banned by other popular eating plans to enhancing weight loss capabilities effectively. The keto diet has caused quite a bit of controversy as it encourages followers to consume meals that are high in fat, moderate in protein, and low in carbs, yet the eating plan is still able to maximize weight loss. When keto diet followers enter a state of ketosis, ketones are released into the bloodstream and the bodies’ usual method of burning carbs for energy is altered. Suddenly, the body will start burning fat for energy, and so, weight loss results are optimized.

Origins Of The Eating Plan

Unlike most diets that aim to restrict carb and fat intake, the keto diet has caused quite a stir. However, the diet also boasts a few significant health benefits as it was initially developed to help children suffering from seizures associated with epilepsy. The eating plan that has been recommended by specialists for individuals suffering from autism, brain cancer, several types of sleep disorders, Alzheimer’s disease, Parkinson’s, as well as other conditions. This suggests that the keto diet is so much more than merely a guideline for effective weight loss.

Aiding rapid weight loss is only the most notable benefits according to dieters. However, there are also several other health benefits associated with the keto diet, which include improved heart health, reduced risk of developing cancer, protected brain functions, reduction in seizures for patients suffering from epilepsy, and others. Some of the more overlooked benefits of following this diet include improved skin health, a reduction in acne, and a general enhanced sense of well-being. Individuals who follow the keto diet are able to take advantage of boosted energy levels along with several significant health benefits.

What To Eat On The Ketogenic Diet

Ketogenic followers usually juggle between keeping their bodies in and out of a state of ketosis as some research suggests that maintaining a state of ketosis for long periods of time may host several adverse effects on health. Therefore, taking on this eating plan means that you will essentially be able to indulge in a world of variety while setting routine into your ongoing diet. Some foods that can be enjoyed on the ketogenic diet include dark chocolate, avocados, cottage cheese, various nuts, and most types of meat. There are countless decadent keto recipes to try that will prove why the keto diet has earned its rightful place as the world’s most trending diet. Opting for foods that are high in fat, moderate in protein, and low in carbs is far less constricting than the nutrient consumption guidelines for most other weight-loss diets. 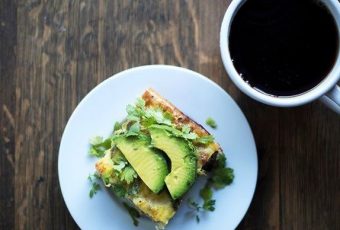 Best Snacks For a Healthy Metabolism

More often than not, genetics has the biggest effect on a person’s ability to burn fat. However, certain types of food can help jumpstart the body’s… 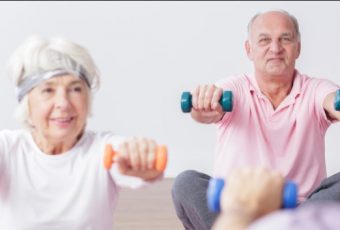 Recommended Exercise Routine For Men And Women Over 60

There are many men and women over 60 who are trying to stay fit, active, and healthy or are attempting to build up their physique after…